I began to suspect early on that the author was creating an artificial world in this story that mimicked Sadie and Sam’s respective “realities.” For me, each of the various games that Sam, Marx and Sadie birthed into their fictional world had in turn evolved from their own life or gaming experiences.

I must admit that Word Scramble or various mutations of Solitaire are the only games that I ever tend to play – and those, sparingly.

Sadie’s character is put through the emotional ringer: I don’t think there was any major grief or crisis trope that was spared her.

Sam’s life was one unending wall of pain after the accident that left him practically orphaned and with an irreparably damaged foot. (I even started feeling sympathetic ankle pain for him – Zevin’s description of his pain was so vivid.) 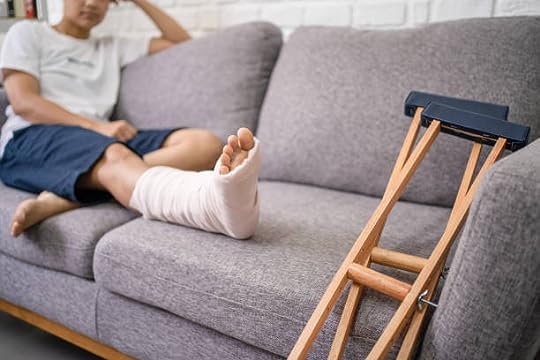 I’m going to have to admit that those passages, devoted to live action displays of the actual games that Sam and Sadie created together or inspired in one another, had my eyes glazing over more than once. But to offset these less riveting passages, Zevin often enthralled me with her skillful – downright astute, even! – use of language. There were many beautifully worded or insightful passages scattered throughout this 416-page book, including this one about a game character’s life (it was):

“The world of infinite restarts. Start again at the beginning, this time you might win.”

Real life, of course, does not allow many of us a chance to rise from the animated dead and press a restart button.

The structure and writing style of this novel had “levels” just like you would find in most games. We meet Sadie and Sam as young children, in a hospital. As the story progressed and the characters aged, I would often have to look up meanings to obscure words or references which were dropped like clues or land mines all over the narrative. Very clever!

I usually enjoy disappearing into Gabrielle Zevin’s fictional worlds, and this world was no different! I’m rating this one four out of 5 stars: an intelligently written flashback to the 1990s and life at MIT and beyond. My thanks to the author, publisher and NetGalley for an ARC of this novel in exchange for an honest review.
Avid gamers will love this one and fully relate!