“Great danger is always associated with great power. The difference between the great and the mediocre is that the great are willing to take a risk.”


An epic story about mortals searching for power and temperamental Gods. The fight of an adamant heroine determined to seal her own fate. Politics, war, faith. 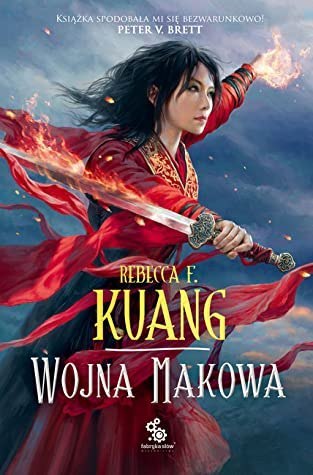 The book starts when Rin, a fourteen years old orphan, decides nobody is going to rule her life. They want to marry her with an old man, a powerful man. Everyone laughs at her when she declares she is going to study for the Keju test, the exam only the most brilliant students in the Empire are able to pass.

Nobody helps her, nobody believes in her.

But it doesn’t matter, because she doesn’t need anyone. Only her strong will, her hard work and her boldness. After all, there is nothing more dangerous than a heroine who would do anything, everything, to search her goal.


She scanned the lower half of the scroll, hardly daring to breath. Surely she hadn’t scored enough to make the top ten. She didn’t see Fang Runin anywhere.

Only when she looked at Tutor Feyrik and saw that he was crying did she realize what had happened.

Her name was at the very top of the scroll. She hadn’t placed in the top ten. She’d placed at the top of the entire village. The entire province.

She had bribed a teacher. She had stolen opium. She had burned herself, lied to her foster parents, abandoned her responsibilities at the store, and broken a marriage deal.

And she was going to Sinegard.


Rin is the most kickass, crazy determined heroines I’ve ever read. There is nothing able to stop her from pursuing what she wants. It doesn’t matter the pain, the consequences, the lost. There is no hesitation.

She is not a good heroine who wants to save the word. She craves power.

Everyone wants her to fall, but she is stronger than every one of them, and she will raise.


“Deal,” he said finally, and grasped for the opium.

She snatched it out of his reach. “Four conditions. One, you teach me. Two, you teach me for free. Three, you don’t smoke when you’re teaching me. And four, if you tell anyone where you got this, I’ll let your creditors know where to find you.”


The book is divided in three parts, every one of them darker, bolder.

The first part is the training in Sinegard. Because, if you thought getting in was the hard part, you were wrong.


“You all are here because you achieved the highest Keju scores in the country.(…) You have beaten thousands of other pupils for the honor of studying here. Congratulations.”

(…) A few tentative claps sounded across the room.

Jima smirked. “Next year a fifth of you will be gone.”


I know a lot of people don’t like the training part, but it’s my favourite. Reading about how well a character fights is great. But reading the process of learning who to reach that level, that’s what makes it special.

That’s what I’m here for. 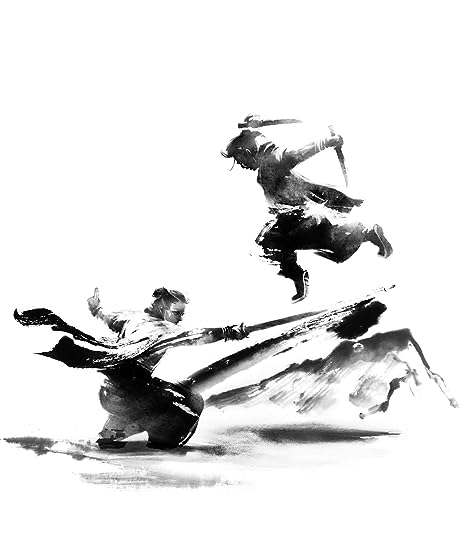 The second and third part of the book are not in Sinegard. The Third Poppy War has started, and they would have to do what they’ve been trained for: fighting, killing, dying.


“You’ve got to admire them,” said Rin. “Their city’s about to be invaded and their first thought is to defend it.”

“They are being stupid,” said Raban.(…) “This is not the time for heroism. This is war. If they stay, they’re dead.”


The magical theme starts to be the center of the story. The Gods want shamans to fight their battles, and the humans want the power they offer in exchange.


There is no good, no evil, no right or wrong. Whom to trust when anyone can betray anyone?


The reason this book is not a five star for me is because magic systems centered in Gods are my least favourite. I know, I’m weird. Also, History bores me to death (Sorry, I tried, but there is no Chemistry between History and I). However, it didn’t stop me from enjoying the book, and it definitely won’t stop me from picking up the next!

Overall, reading The Poppy War was like swimming with your eyes closed in an ocean filled with beasts. Your fate is hanging in your next movement, but you don’t know what way is the right one. The uncertainty is killing you, but you can stop reading swimming. Are the characters going toward the light? Or are they sealing the world’s end?

That’s what this book feels like, and I can’t wait to see Rin turning darker, wicked. If you are looking for a book with complex, grey characters, magic based on Gods, and a fictional war inspired by a real one, The Poppy War is your book.

Was she now a goddess or a monster?

Perhaps neither. Perhaps both.

Trigger warnings: sexual assault, rape, mass-murders, drug use… Basically, all you can think of when it comes to war.

Wonderful review, Lau! Your enthusiasm for this book made me mark it To Read! (Sorry, I have only now just seen this, because work and physio just about took over my life!) I am so pleased that you agreed to post a guest review on Stefan’s and my blog site. Stefan is a true artist, don’t you think? Great job, Lau! And thanks again!

I love the aesthetics of the blog. Stefan and you made a great job with it!! Thank YOU, it’s a pleasure to be here! Glad you enjoyed the review. This book is one of these stories you never forget, it was so impactful! I hope you enjoy it too!

Thanks Laura, but Stefan is 110%+++++ responsible for the beautiful clean lines of this blog site. He really does have a great eye for balance and visual appeal. We hope you can continue to contribute future reviews. All of your posts thus far sound intriguing and are genres that I personally haven’t ventured into. Maybe it is time to give one a try?!!!

That’s so cool. I feel like I wouldn’t even know where to start, but he made it work. I think it is good to try new things from time to time. I read the other day my first 5 star of the year and it was a contemporary, which I hardly ever read. You never know what you’ll enjoy until you try! If it doesn’t work for you, you can always decide it’s not your genre and go back to your usual ones.